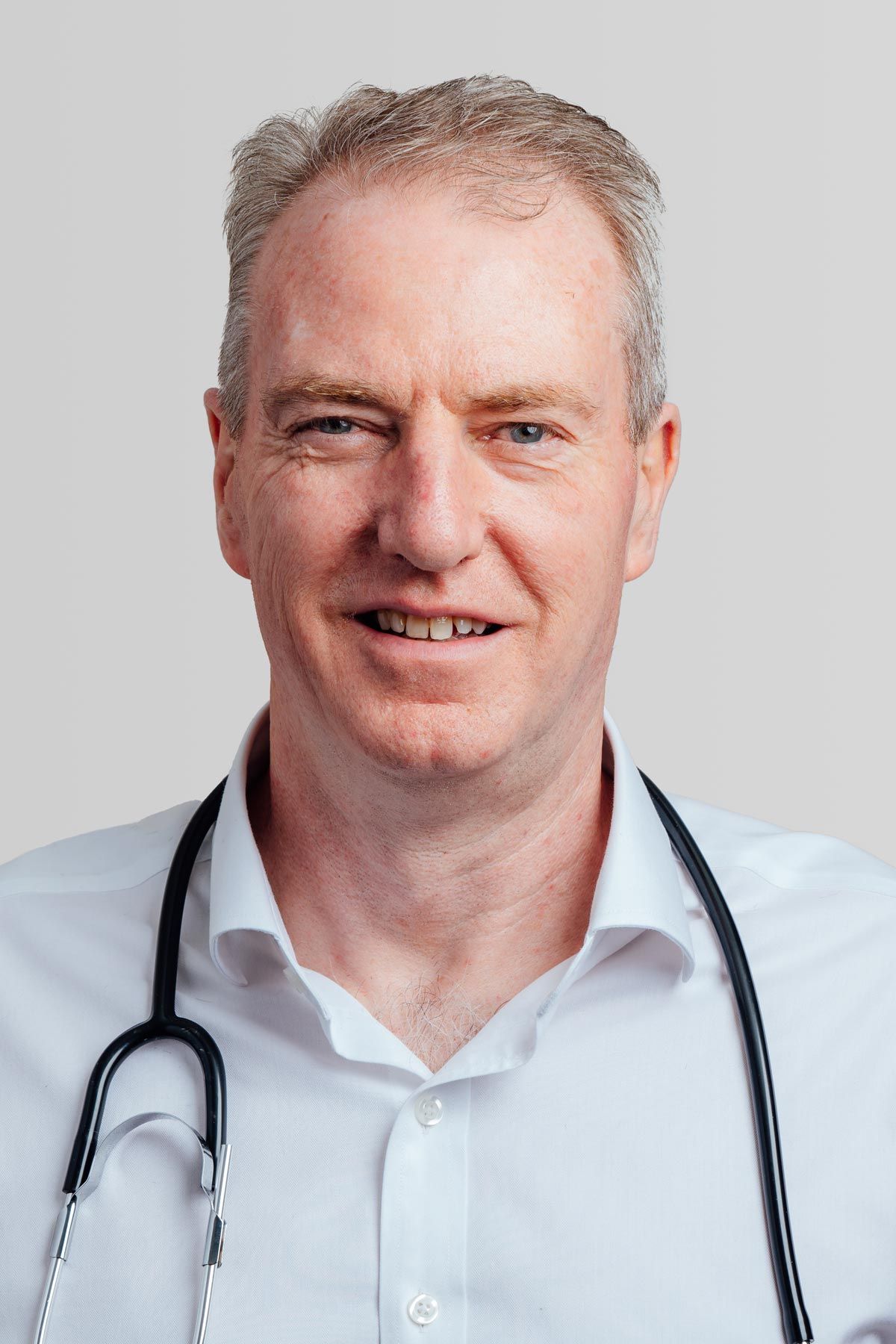 Paul has clinical interests in general cardiology, pacemakers, heart , device therapy and cardiac rehabilitation. He graduated from Glasgow University, Scotland in 1987. He completed specialist training in Glasgow and was appointed as a Consultant Cardiologist at the Royal Alexandra Hospital in 1996.  In 2007 he received a merit award for achievements in Cardiology in Scotland and his broader contribution to the NHS.  In 2005 he was appointed to the position of Lead Clinician for Coronary Heart Disease in Scotland and Chair of the National Advisory Committee to the Scottish Government.  In this role he worked the Scottish Government on service development, strategy and policy in relation to Cardiology.  He moved to Hobart in 2011. He was Director of Cardiology at the Royal Hobart Hospital from 2012 to 2020. He was instrumental in the development of clinical services. He is the Medical Director of the Acute Medical Services Stream and a member of the RHH Executive Committee.